Join the POEM network for a public lecture with Jérémy Lachal (NGO Bibliothèques Sans Frontières/Libraries Without Borders) on the role of libraries as places for collective narration and social integration.

This event is free to attend!

For the past 13 years, the NGO Bibliothèques Sans Frontières/Libraries Without Borders has been bringing the library where it is not, as close as possible to populations in fragile situations. Our mission: to put knowledge in the hands of these populations to enable them to build solutions to the problems they face. Whether in the Rohingya refugee camps in Bangladesh, in the Peace Libraries created with the FARC ex-combattants in Colombia or in the northern districts of Marseille, the libraries we create with our partners are always places for collective narration and social integration. It is this capacity to generate content and knowledge locally on which we build our theory of change and, on which this lecture will focus through concrete examples of our action.

A graduate of Sciences Po Paris and holder of a master’s degree in International Law, Jérémy Lachal founded Bibliothèques Sans Frontières in 2007 alongside historian Patrick Weil. Since then, he has directed this NGO which works to bring knowledge to those who are deprived of it, all over the world.

By creating innovative programs such as the Ideas Box, a media library in kit form for vulnerable populations, the Voyageurs du Code (initiation to computer programming for young people in difficult situations) or the Khan Academy in French, Jérémy Lachal has made BSF one of the most innovative NGOs in the field of access to education and information.

With more than 100 employees and branches in France, Belgium, Switzerland, the United States and Canada, the organization is now active in some thirty countries around the world. It has received numerous awards (France S’engage presidential program, Google Impact Challenge, WISE Accelerator).

Jeremy is a member of the Clinton Global Initiative and has been an Ashoka Fellow since 2015. He has also been associated between 2012 and 2015 with the International Leadership Program of IFLA (International Federation of Library Associations).

In October 2014, Jeremy gave a talk on the Ideas Box on the occasion of the fifth anniversary of TedxParis at the Théâtre du Chatelet (http://bit.ly/1xQDCsf). 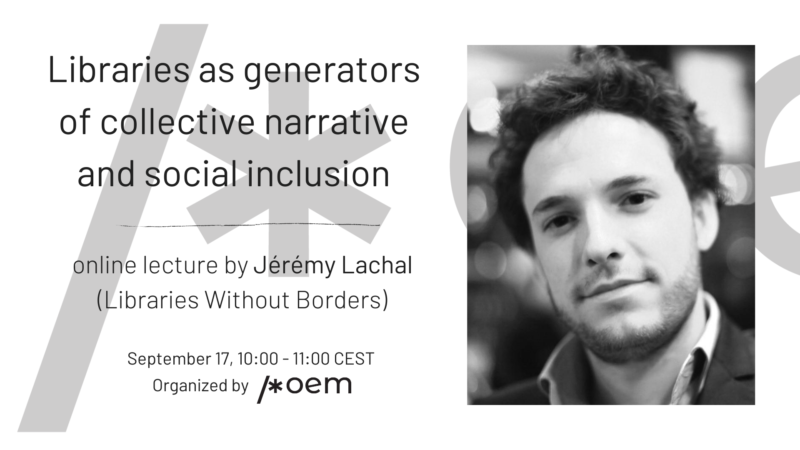