The disruption of the traditional copyright model which the film business is based on is rapidly progressing through digitalization. As a result, content producers are increasingly struggling to refinance the production costs of their work although the visual culture of the Internet is demanding more and more content. In response to this phenomenon various stakeholders and lobbyists try to regulate and limit the digital tools to preserve the copyright laws of the late 20th century, although immaterial property would be easy to share via the new channels and could actively support a global democratization of culture and knowledge.

Looking at documentary movies as an example, we are in a situation in which the availability of most artistic and cultural expressions is limited artificially. Filmmakers are more and more forced by precarity to produce seemingly “market-conform” content in order to let the traditional distributors keep up with the flexibility and speed of social media, even though the movies are mostly financed with public money. This is a highly problematic development for a genre which acts as a tool of reflection of society and its developmental perspectives as well as as historical evidence.

The documentary ALL CREATURES WELCOME sketches a utopian image of society in the digital era. The movie and all its modular additions, like a platform, a choir or a cultural-political debate, which expand the classic cinematic framework were conceived as a test assembly for the free availability of immaterial culture and knowledge under a Creative Commons License. General questions of participation concerning the content of the movie and the different forms of modular additions and approaches to communal financing and distribution were explored in this project.

Two very work-intensive and tedious crowd funding campaigns accompanied the making of the film from the beginning and invited for participation in a financially supportive way with the promise to produce a movie under a Creative Commons License. After the completion of the film the supporters and other possibly interested audience members could participate in the distribution by requesting screenings in cinemas in their respective regional areas to show the movie. This led to cinema events in various German-speaking cities, but also e.g. in India, the US or the Czech Republic with around 8000 audience members. The free availability of the subtitle files also resulted in a translation into Arabic by a translator who would like to show the film in Syria. Online, All Creatures Welcome has about 19,000 views so far without counting the sharing of the file.

Furthermore, as a more creatively participatory possibility a platform for remixing the movie, the raw material and the music is currently programmed to extend the reality of the author and to get a more collective and comprehensive understanding of the theme. Additionally a choir project, singing songs from the movie, transports the participation into the real world.

To involve people, create opportunities to enable and support participation at all, is a potential for digital practice in the future but also a significantly greater workload and challenge than simply following the established and institutionalized paths in the cultural sector of film. However, from the outset, a community is built which is tied more closely to the project and the topic, can identify with it and thus has a special potential to transform it into a more intrinsic part of public memory.

The subject matter and the generous help of some people enabled the project ALL CREATURES WELCOME to be realized via alternative means and then consequently be made freely available and open for participation – but which requirements would be necessary to equip content producers with the financial and ideational possibilities to step back from the idea of copyright and share their work? What are the framework conditions for promoting and advancing participatory cultural practices? And, even more importantly, what impact on society would result out of this? 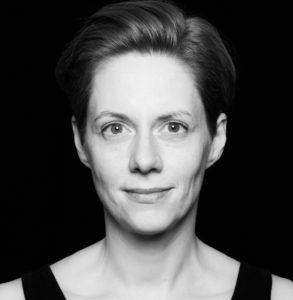 Sandra Trostel is an independent filmmaker, creative storyteller and researcher based in Hamburg, Germany. The central issue of her work is the analysis of current and future social developments via the artistic examination focus on the effects of digitization. Depending on the given subject she makes use of different media and forms. In 1998 Trostel started out as a film editor for documentaries, feature films, commercials and music videos. From 2008 onwards she started pursuing her own documentary projects like Utopia Ltd., Everybody’s Cage, or All Creatures Welcome – which are shown at international festivals, on cinema and tv. Currently she is working on her master’s thesis on Creative Commons and Open Culture in Next Media at the Hamburg University of Applied Sciences, reflecting on the transmedia project ALL CREATURES WELCOME. She also participates in think tanks, theater projects and workshops and is giving talks about her work.

All materials are also available on the website. https://sandratrostel.de/media/ 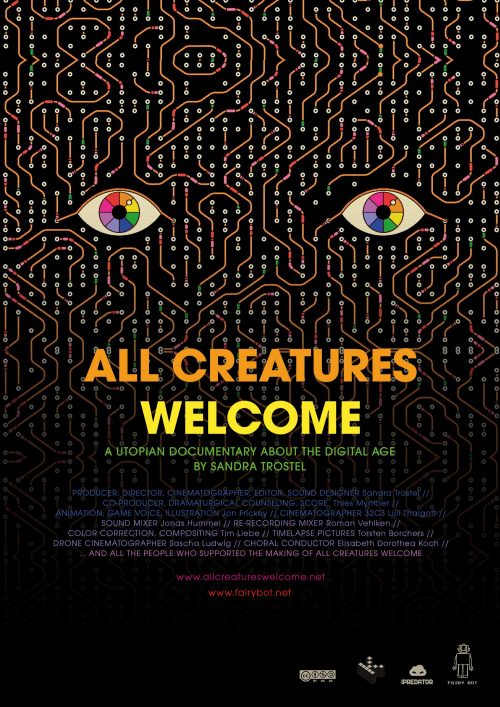