Participation as process in film making

As the POEM project focuses on ‘Participatory Memory Practices’, the creation of this image film provided an ideal opportunity to explore the notion of participation. Participation is a shared value, but it means different things to different people. The filmmaking process sparked questions that are central to the fellows’ research projects, such as: which different forms of participation exist and to what extent do they define a project? Does a participatory process require a bottom-up approach and can this lead to a successful outcome?

Explored through the different Work Packages (on Memory Institutions, People and Groups, and Memory Modalities), participation can take on various forms and reach out to different publics. In this case, the project required participation from a few people within a selected group that could express the intentions and leading questions of the project as a whole. The process invited three fellows who were experts on the content but new to the practical and creative course of action in film-making. In this sense, the project easily compares to participatory work taking place in memory institutions in which people are asked to contribute personal memory and knowledge to complete a shared account of historical events. Sometimes, such a process requires only few people to participate and other projects gain from a great multiplicity of voices. The extent of participation and the outreach to invite contribution may be highly dependent on social and/or structural responsibility. Exploring the contents of the various projects in the limited visual and textual framework of image film was best done with a small group of participants, but with the goal to communicate this project to a greater audience.

This project, just like the POEM project itself, sits within a greater organisational and even transnational framework, with various players (or stakeholders) and therefore various desired outcomes. But how does one cope with the role of a given professional in an organisation framework? Part of the process was to understand the goals of the stakeholders and to define the different roles in working towards these goals. The project initially proposed a bottom-up approach, but transformed according to different levels of expertise amongst the group members.

The team of three POEM fellows, who agreed to be part of the project on behalf of the group, worked together with filmmaker Sandra Trostel and under the POEM management team. During the initial meeting with fellows and filmmaker, the format for the film had to be decided upon. Various ideas were discussed, after which the idea of a stop-motion, sketch-note film was unanimously voted the most appealing and interesting way to present the project. The process invited the fellows’ contribution to develop a script; a lengthy, laborious and delicate process to deliver a text that included the entire content of the project and aligned with the ideas of the several stakeholders. The project was led by one professional, who had the skills and experience to deliver a product of great standard and who was asked to lead a successful participatory project. The question that came up as a result was: what role do expertise and organisation play in filmmaking and participation? And what competences are actually needed for professional film work? To what extent can non-professionals effectively help create an image film? The creation of a representative image film came with challenges as expertise was spread and limited amongst the fellows. The participatory nature of the project brought up the question of whether in the end the process or the outcome was most important. Eventually, through the process, many creative minds and academic content and context were combined to present the project as concise and precise as possible. The team agreed on compromises and dealt with a diversity of expectations that were met or had to be altered along the way. Key to these negotiations was consistent communication.

Communicating and working together

“The single biggest problem in communication is the illusion that it has taken place”, says Bernard Shaw. Living and working in more and more globalized contexts and teams, one often oversees the silent – yet present – challenge of communication. The four members of the film team are of different nationalities with different cultural backgrounds and knowledge. They operate in three different time zones and live different working realities. By committing to the realisation of this film the fellows all agreed to a shared goal: the co-creation of a comprehensive and inspiring film through an informative and creative process. On the way towards this goal communication was a ‘key-player’. Empathy lies at the heart of an effective and inclusive communication. It comes with communicating vulnerabilities, questioning inner biases, verbalising the things that one takes for granted and checking-in constantly on the expectations and state of every member of a team. As much as this preparatory process may sound mundane, time consuming, exhausting or even a luxury (!), it eventually emerged as by far the most favoured strategy.

Investing time to align understandings, settle on agreements and keeping a detailed organogram of responsibilities are indispensable to a fair and effective process. After locating expertise and adopting effective communication attitudes, the team followed an effective timeline and (further) explored technical assets.

The participatory process was limited by the timeframe in which the film had to be completed. Time played a role in internal, external and personal deadlines, making the process more effective and communication quicker. The time limitations were particularly challenging in the demanding process of filmmaking and re-reviewing and approval of the various steps in the process. Within this timeframe, technical constraints, such as limited skills on film projects and the geographical distance between the involved persons and institutions were additional barriers to the work against the clock. The fellows overcame one of the technical challenges of filming facilities in Glasgow (KH2). Memory objects (appearing in the beginning of the image film) such as books, photographs, banknotes and mobile phones were needed for one of the scenes. The objects were collected in Glasgow, brought to Hamburg – where the scene was shot – to then finally travel to Uppsala (KH3) where they will be reunited with their owners.

In technical terms, time acted as the factor which meant the project with its substantial academic questions needed to be summarised to content of a few minutes, as the final film duration is 4:07. The elaborate framework of the project, its participants and the various institutions involved needed to be addressed, as well as the questions the project sets out to explore in the following years. To create the most all-encompassing outcome, the length of the film was thoroughly considered. However, a longer film would not allow for use on social media and other communication platforms of the project and considering the foreseen use of the video, there was a need to keep it ‘short and snappy’ as to appeal to a broader audience.

The film as a means of communicating POEM

Through this process, the team created an image film that communicated the main content and questions of POEM. The image film, naturally, is only one of the many formats that can adequately communicate this European research project. The format allows for a quick and comprehensive overview of the research that is carried out by the thirteen PhD fellows with support of their supervisors. In the process, the fellows discovered limitations of an image film – in time, look and feel of the film, and the use of spoken and written text – when the film is to be used to inform people about an academic project that covers such a wide range of questions and ideas. Whilst this process challenged certain expectations, its outcome successfully met the expectations from the team and hopefully, from its publics too. 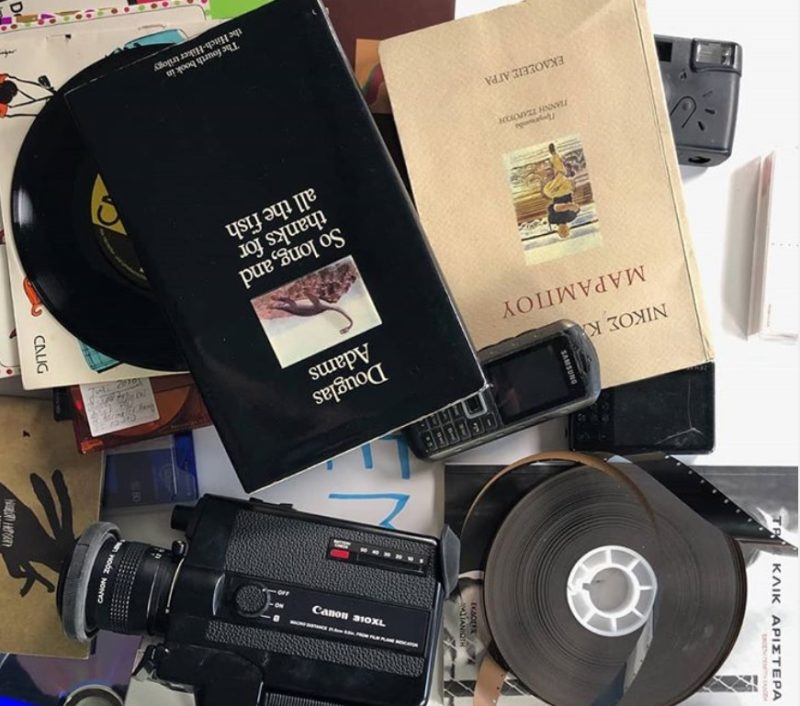